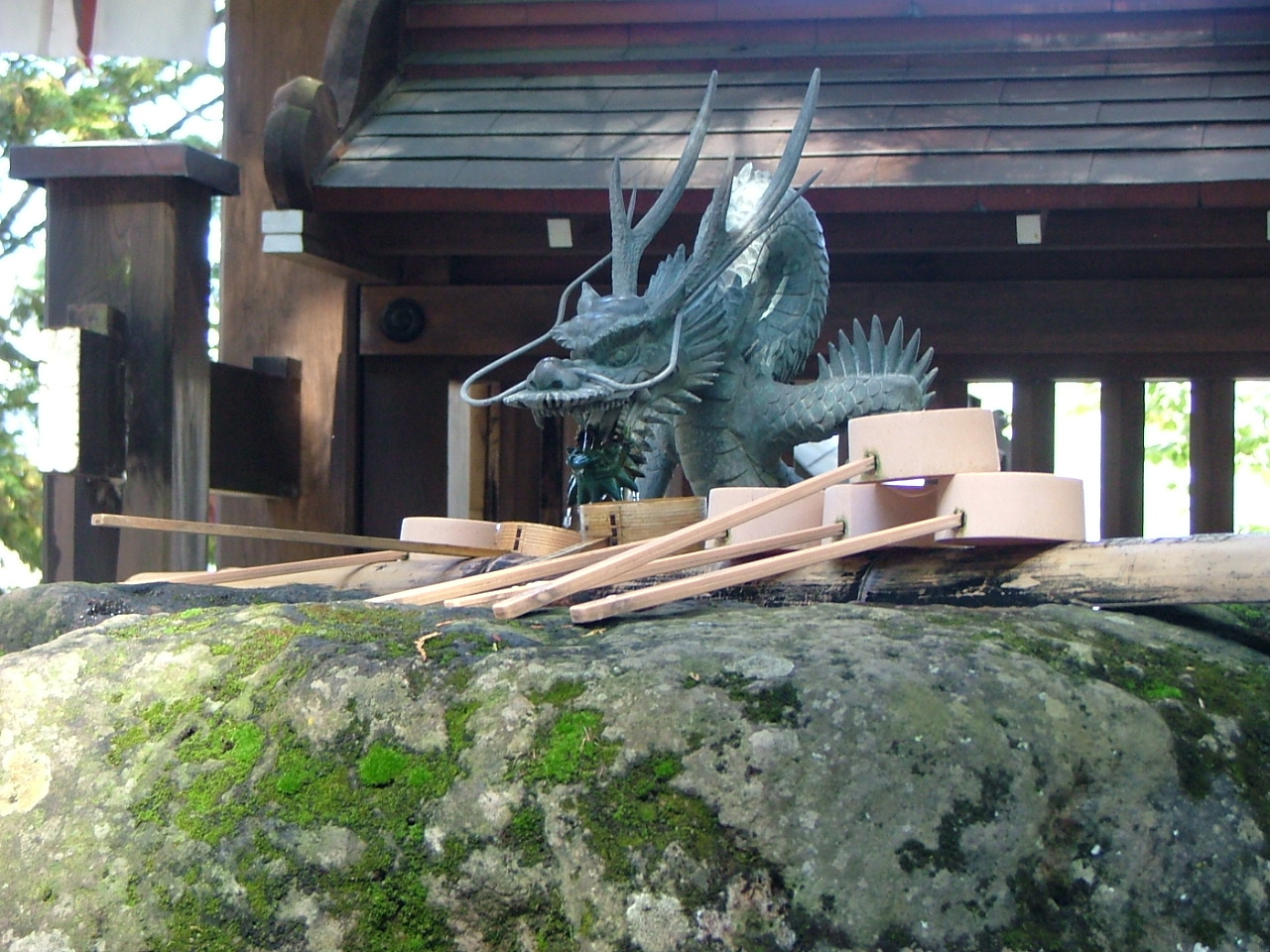 Suwa-taisha （諏訪大社）、the Suwa Grand Shrine, occupies four sites around Suwa Lake in Nagano prefecture. There are over 25,000 related shrines around the nation, making it the third most prominent shrine in Japan after Ise-jingu in Mie prefecture and Izumo-taisha in Shimane.

It’s also one of the oldest shrines in the country. Like Onbashira itself, Suwa Taisha’s origins are unknown. According to the kojiki (Japan’s oldest historical record) it came to be under the influence of Izumo-taisha. Indeed Suwa-taisha’s mythological origins relate to Izumo, likely reflecting political influences on the ground.

Long ago the entire shrine was rebuilt each Onbashira year in addition to changing the pillars. That tradition has long since ceased, but the treasure halls (hoden) of the various shrines are still rebuilt. It’s far more low-key than the rest of the festival. Still, if you are in town then, it’s worth a look.

While all four shrines make up “Suwa-taisha,” each one is unique and the atmospheres vary greatly.

Honmiya, the main shrine in Kamisuwa, is the largest complex and hosts a variety of important rituals. For many Japanese, when they think of “Suwa-taisha,” they are thinking of Honmiya. Here, more than at the other shrines, there’s the chance to see Shinto priests and miko (shrine maidens) going about their work. The Suwa Museum just down the street has most of a floor dedicated to Onbashira. Signage is all in Japanese, but even the images are worth a look. 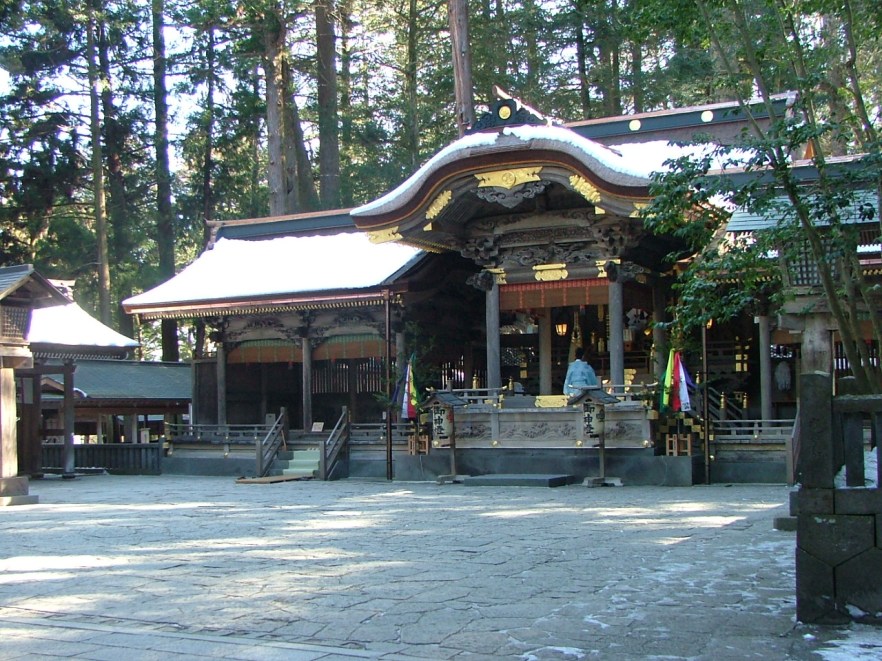 Nearby Maemiya in Chino is likely the oldest with shrines on the grounds dedicated to the gods that predated the Suwa-taisha by millenia. Its structures are scattered about the hillside and has a real organic feel, as though it grew there like a patch of mushrooms. This shrine has a great view across the basin to the Yatsugatake range. 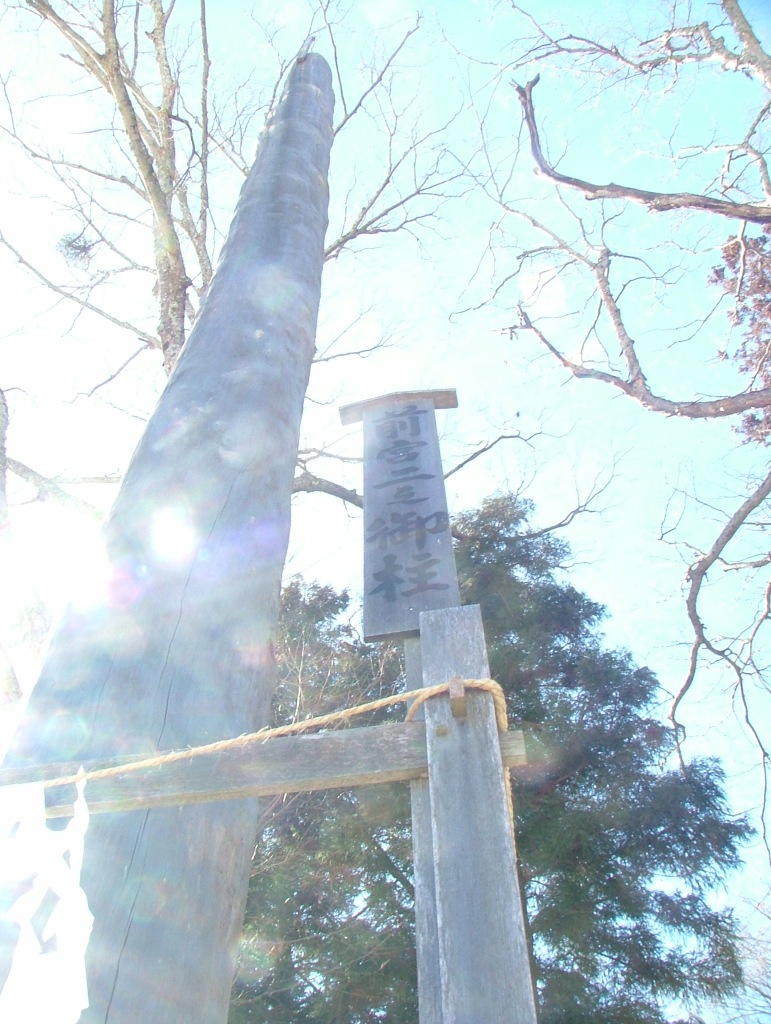 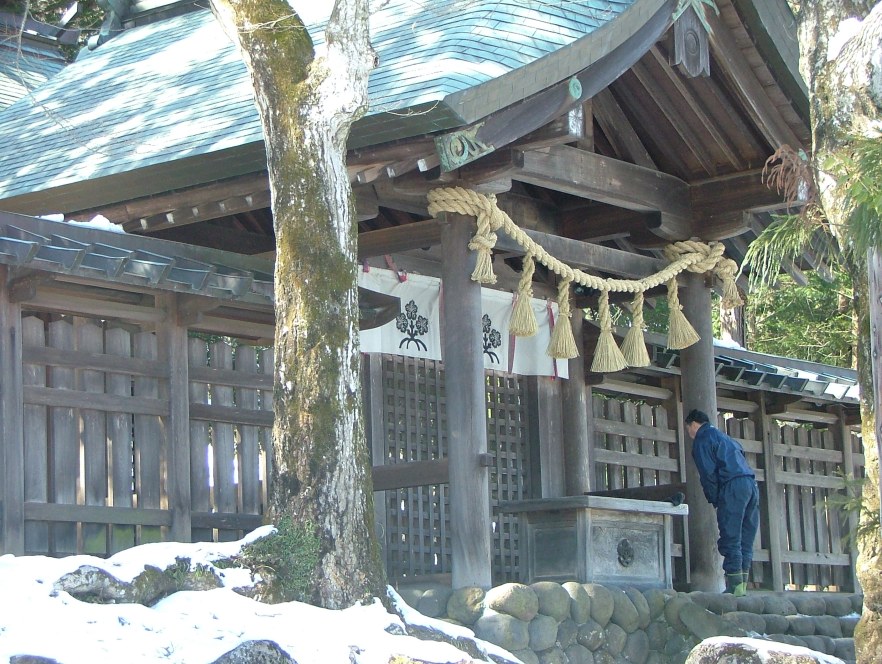 Akimiya in Shimosuwa has the most domesticated feel of the four shrines. It’s located right on the old Nakasendo, the trade route that tied Edo (modern Tokyo) to Kyoto back in the day.  Lots of onsen and soba shops are right nearby.

Main hall carving of a gargoylesque Shishi, a mythological lion

Harumiya, the closest shrine to Shinosuwa’s kiotoshi slope, is set back in a grove at the foot of the mountain. It’s quieter than its counterpart just down the Nakasendo, and at dusk the atmoshpere is almost otherworldly. Harumiya is known for its intricate architecture. 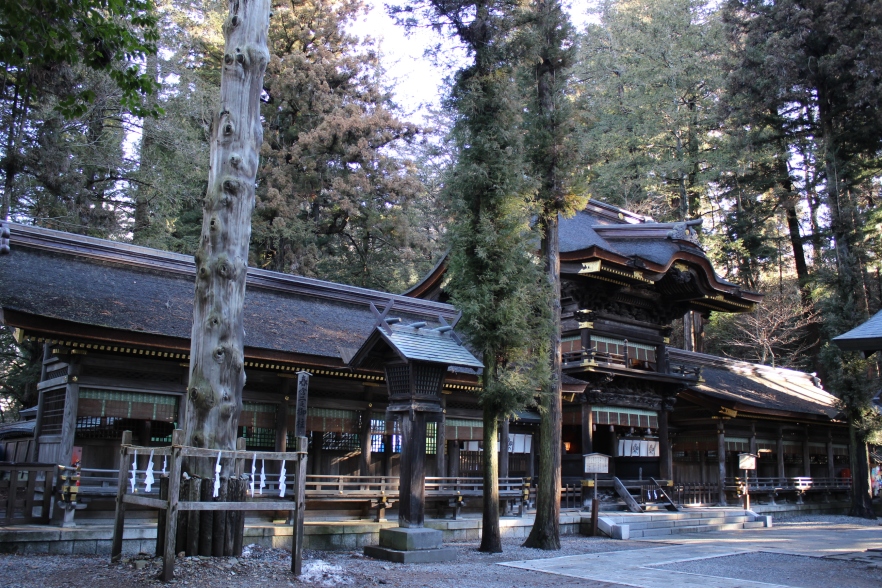